In August 2021, Botswana’s Public Procurement and Asset Disposal Board (PPADB), responsible for the contracting process for government projects, announced that they had approved a request by the Office of the President to use hackathons as a method of procurement for projects related to the digitisation of government services.

The initiative meant that the responsible ministry, instead of going through the normal tendering process where qualifying companies would have to submit their project proposals for consideration which would culminate in one company being selected after a screening process, could do the selection through the use of hackathons.

Hackathons are social coding events where participants engage in rapid and collaborative engineering over a relatively short period of time such as 24 or 48 hours, with an end goal of creating functioning software or hardware.

The PPADB’s decision polarised the developer community in Botswana’s startup ecosystem, with some arguing that the move sets precedence for the exploitation of developers. Others have pointed out that it is a great way for local developers to get government contracts without going through the tedious tendering process.

From how the government hackathons work, it’s easy to understand why some developers in the community would be wary of them.  The government puts out an invitation to developers for the development of an online service and give cash prizes to the winners. With this model, the first issue that arises is, who owns the Intellectual Property(IP) of hackathon products?

According to Mthabisi Bokete, the CEO of Digital Natives who partook in and won one of the hackathons, the contract offered to participants makes it clear that all IP produced during the course of the event belongs to the organisers of the hackathon, the government.

“Before we partook in the hackathon, it was clear that whatever we created during the course of the event would belong to the organisers. Whether this is good or bad is of course, a subjective issue, but Digital Natives decided to go ahead with participation because the prize money would go a long way in helping with our operating expenses.”

Another issue raised with the hackathons is whether the winning developer or startup  will implement the actual project, which is no doubt more valuable than the usual hackathon prize of P70,000.00.

After Bokete and Digital Natives won their hackathon, they were not awarded the contract for the implementation of the actual system. Bokete attributes this to misalignment in costing between his company and the hackathon organisers, as they did not hear back after submitting their quotation.

“They reached out to us with a request for a quotation. We wanted to implement the system on a SaaS model as we believed this would not only benefit our balance sheet through recurring revenue, but also benefit the project as we would be responsible for any future maintenance or upgrades. We shared our pricing but unfortunately, to this day, we never got a response,” Bokete stated.

For Bokete, there are aspects of the hackathons that are beneficial to the ecosystem but others need to be improved. For example, he believes the hackathons give startups an opportunity to acquire lucrative government contracts without going through the normal tendering process, in which they would have to compete with bigger companies with more capital. Additionally, he also believes the prize money for winning the hackathons goes a long way in helping startups like his finance their operations.

“Of course we would have loved to have come to an agreement with regards to implementing the actual system which would have been lucrative for us, but nonetheless, the prize money that we won for first position was beneficial to our business operations.” Bokete remarked.

On what he thinks can be done differently, Bokete stated that having a more organised and uniform system would go a long way in ensuring that systems developed by hackathon winning teams have longevity.

“There should be uniformity in terms of language used, coding styles, and conventions so that even when a particular team implements a system and leaves the project, the team that comes after them can take over without much issue. Currently, i think this is not the case,” Bokete said.

For other entrepreneurs, the bureaucracy linked with the hackathons makes it difficult for growth- and maturity-stage companies to benefit from the initiative.

“If you have invested time and resources to build a product, then hackathons are not providing the required ecosystem support. Innovative products and services cannot be hacked— it takes intentional investment, experimentation, and iteration to build value-adding solutions,” said Tebogo Mogaleemang, co-founder and organisation lead at Spectrum Analytics.

Based in the capital Gaborone, Spectrum Analytics is an innovation studio that offers solutions to organisations looking to adapt and thrive in the digital economy. One of their flagship products is MmaB, an online platform that matches vulnerable Batswana to social assistance programs and services.

According to Mogaleemang, despite receiving funding from government to build the platform, they are expected to wait for a relevant hackathon if their solution is to be adopted by the government, a factor which put the brakes on an already proven prototype.

“Waiting on the next idea to hack is not a viable empowerment option for those who have invested time to build commercial-ready products…MmaB is on a hackathon queue despite being funded from a national innovation fund. Why fund startups and subject their products to a hackathon? How is that creating ROI on innovation funding?” Mogaleemang asked.

Mogaleemang believes that depending on how they are structured and positioned, hackathons can be a useful vehicle for startup and innovation ecosystem development. However, if a company has invested time and resources to build a product, then hackathons do not provide the required ecosystem support.

“I think Botswana Digital & Innovation Hub and the government need to engage startups across the ‘maturity’ spectrum, and genuinely be open to being influenced on how the current hackathon model and the SmartBots public innovation procurement style can be re-innovated. Hacking the procurement process for startup market access was innovative. There is still room for improvement though. How do we enhance the model to favour startups at different stages in their product development journey? Are hackathons the only viable means to provide market access? Can we build a sustainable startup ecosystem with things as they are?” concluded Mogaleemang.

There are other entrepreneurs in the Botswana tech ecosystem who hold the hackathons initiative in high regard. One such entrepreneur is Letsibogo Ramadi, founder of PCG Software, a software development firm based in Gaborone. PCG Software won one of the government-sponsored hackathons and was eventually contracted to implement the actual project.

“After you win the hackathon, they [organizers] will call you. You will then negotiate a deal based on the specifics of the project. And then it’s basically back and forth. The negotiations can take like up to a week, two weeks, or even a day. So if you guys manage to come to an agreement, they give you a contract for however long it will take to implement the project, which is usually between 1 and 3 years,” said Ramadi.

He believes that the hackathons  have gone a long way in enabling small development teams in the country to have access to highly lucrative government contracts which have traditionally been won by bigger and mostly foreign companies. As such, his opinion is that the initiative has had a positive impact on the ecosystem.

“I think it’s a model that can work really well in opening up opportunities. Let me give an example with my company. When we started off with the project we won the hackathon for at the beginning of this year, we had six employees. With this opportunity, we now have 12 employees, and actually need to bring on more employees. So we’ve gotten an opportunity to actually create quality employment and I believe this applies for all the other companies who have been contracted by the government after winning their respective hackathons,” added Ramadi in an interview with TechCabal.

He also added that the initiative has empowered startups and tech firms in the country to fund their own in-house solutions which further grows the ecosystem and leads to high quality products being presented to the market.

By the metrics of the hackathons’ organisers, the initiative has been successful , since its launch. Kgotlayarona Basalumi, digital innovation manager at the Botswana Digital & Innovation Hub which organises the hackathons said, “The response from the different stakeholders has been positive and that is proven by collaboration and partnerships created through the hackathons. So far we have conducted 25 hackathons, with 4 coming from the private sector and 21 from the public sector.”

Botswana has a population of only 2.3 million, a very nascent tech ecosystem, and minimal venture capital flowing into the country. So in theory, the SmartBots procurement initiative using hackathons appears to be a good opportunity for startups in the country to access much needed capital via lucrative government contracts.

According to its website, the SmartBots initiative aims to “take advantage of the opportunities presented by the Fourth Industrial Revolution (4IR) and move the country towards the Knowledge-Based Economy (KBE), without leaving anyone behind.” Based on the aforementioned conversations with the different stakeholders in the initiative, from developers to the organisers, there seems to be validity to this goal.

However, many stakeholders believe that  the issues raised, including accommodating more mature developer companies in the hackathons, communicating the structure of the hackathons more clearly, and being more open and liberal in negotiations with winning startups in awarding the system implementation contracts, still need to be addressed.

Get the best African tech newsletters in your inbox

Wordle Guesses and the Math Behind It 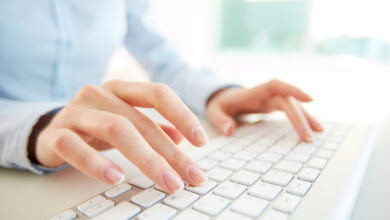 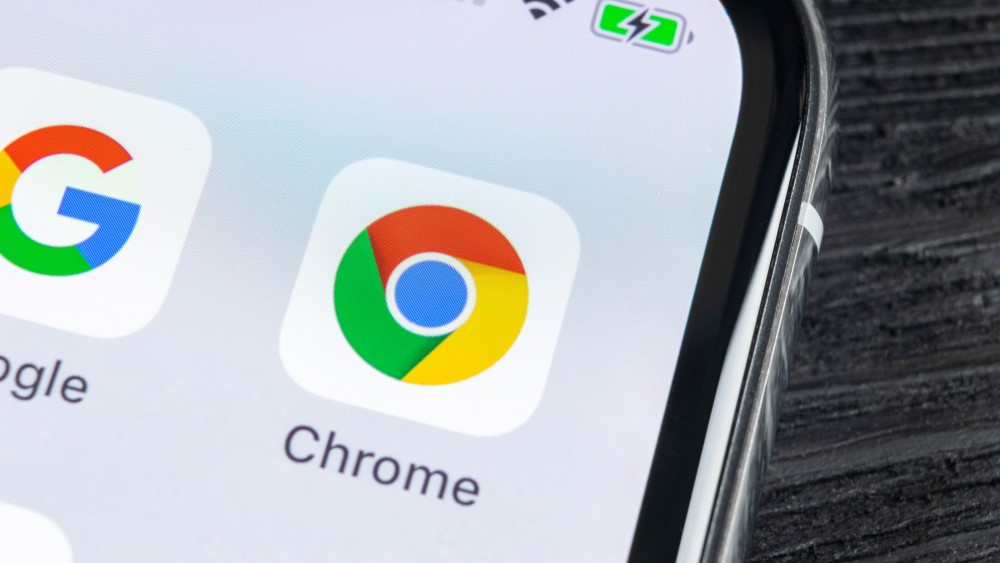 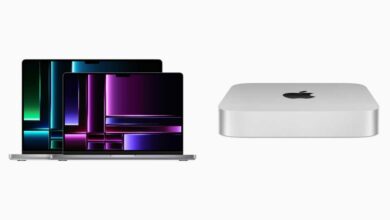 How to connect an 8K display to your Mac 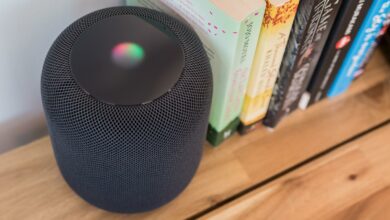 The ho-hum HomePod 2 should have been a killer soundbar