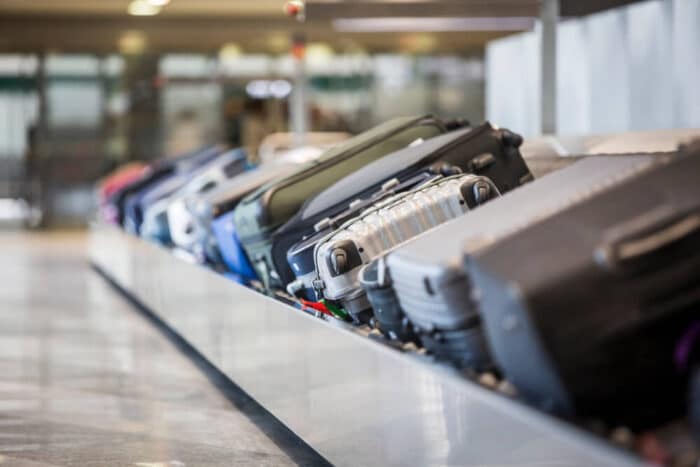 Source: forumdaily.com
Import businesses can be very lucrative, whether you’re starting an online ecommerce company or you’re opening your own brick and mortar store. There are certain things you need to know about your business, or you may end up paying very large fines. One of those things to know is what you can and can’t import into the U.S. Here are some items that you can’t import into the U.S.

1. Absinthe
This green anise-flavored alcoholic beverage is popular in Switzerland and France, among other European countries, but it’s not allowed in the U.S. if it contains any thujone, a compound that was once believed to cause hallucinations. While experts today tend to agree that thujone doesn’t lead to hallucinations, it’s still illegal to import any absinthe that contains this ingredient.

Moreover, you can’t bring anything into the country that has absinthe in the name or that has artwork depicting mind-altering or hallucinogenic effects. You can still bring legal, thujone free absinthe into the USA. It tastes exactly the exact same as the illegal version. It also has the same effects because it’s a highly-concentrated form of alcohol. The thujone really doesn’t have anything to do with it.

2. Fur for dogs and cats
Source: forumdaily.com
While it’s definitely not a custom in the U.S., cat and dog fur is sometimes used in other countries to make fur clothing. Most people wouldn’t want clothing made of cat or dog, but the manufacturers that use this fur are often attempting to pass it off as the fur from more valuable animals. The Dog and Cat Protection Act, passed in 2000, placed cat and dog furs on the prohibited import list to stop fraud and support animal welfare initiatives.

The fine for importing dog and cat fur, or items made of dog or cat fur is as much as $10,000 per violation, so it’s not a minor offense. If you’re importing anything that could be made of animal fur, make sure to confirm the animal it’s made of before you attempt to bring it into the U.S.

3. Unpasteurized Cheese
Since 1949, all cheese that’s made in the U.S. must be made from pasteurized milk or aged at least 60 days. Countries outside of the U.S. don’t necessarily have this mandate, so they can make their cheese from unpasteurized milk, which can taste quite different from any cheese you can get in the country. Cheeses like Brie and Camembert are made from raw milk, and while they’re very popular in Europe, it’s more challenging to get them in the U.S.

Unpasteurized milk was banned because it is unsafe for human consumption. Pasteurization requires milk products to be heated to 145°F for at least 30 minutes to kill any bacteria that might be in the liquid. This gives products a longer shelf life. Cheese that is made from raw milk can’t withstand the 60-day age requirement, which is another reason it can’t be imported into the U.S.

4. Products made from sea turtles
Source: travel4wildlife.com
It’s not surprising to find an exotic animal or products made from that exotic animal on the list of banned import items for the U.S. It might surprise you to learn how many products are made from sea turtleshells. This includes jewelry and decorative objects as well as hair combs. It is still common to use hair combs made of turtle shells in Japan and other countries.

5. Rice
Because they pose a risk to pests and diseases, many agricultural products are banned from being imported into the United States. One such product is rice, which is prohibited from all countries bordering the Tropic Of Cancer, including Bangladesh and Morocco. Khapra beetle infestation is a serious concern for rice from these countries. This is an invasive pest that feeds on grains and is known as the Khapra beetle.

Restaurants can import rice from these nations, but they must pass a strict inspection with the U.S. Department of Agriculture. So, if you’re determined to import rice from a Tropic of Cancer country, you may be able to, but you’ll have to undergo a lengthy and complex process to get it into the U.S. All other imports of this rice are banned, and even bringing in rice from other countries is discouraged.

6. Kinder Chocolate Eggs
Source: bbc.co.uk
The Italian-made Kinder Egg has become a very popular treat around the globe. However, the original Kinder Egg is now banned in the USA because it contains a small chocolate toy inside. A candy that has an embedded toy in it is considered a choking hazard under the Federal Food, Drug, and Cosmetic Act.

Ferraro, a candy-maker, created an alternative chocolate egg product. It includes a toy and comes in a separate package for U.S. customers. It’s not as fun as the original, so people still try to sneak this product into the country to get the full experience. The Customs and Border Protection (CBP), reportedly seizes between 35,000 and 60,000 original Kinder Eggs every year.

Conclusion
While this list is not exhaustive, it does provide a starting point. The CBP website has a complete list of what you can and cannot import into the United States.

Rupesh Kumar - January 27, 2023
Heating, Ventilation and Air Conditioning have become the basic requirements of almost every commercial building. Service demand may vary from location to location but...