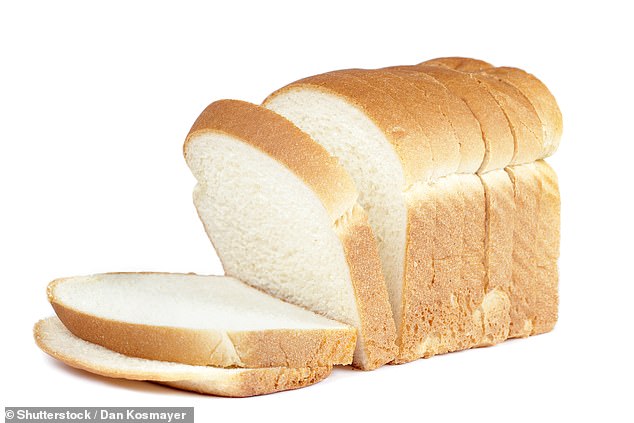 By Kate Pickles Health Editor for The Daily Mail

Half of the bread bought in supermarkets now contains two or more pesticides – double what it was a year ago, official tests have shown.

Just under a third of vegetables (30 percent) and more than two thirds of fruit (69 percent) were found to contain residues of more than one chemical, according to the most recent data published by the UK government.

It has compiled a list of a dozen fruits and vegetables most likely contaminated with multiple pesticides, with grapes and grapefruit topping the list.

Policy officer Nick Mole said more action was needed to address the growing levels of pesticides in our food.

Nearly half of the pesticides found were banned in the UK, suggesting they are the result of imports.

He said: ‘With the cost of living forcing people to spend less on food, it is vital that consumers can trust that relatively cheap products such as bread will not expose them to dangerous mixtures of chemicals.’

Tests conducted on fruits and vegetables found 14 different pesticides on grapes, 13 on raspberries and 12 on peppers.

Mole added: ‘There is a growing body of evidence showing that pesticides can become more harmful when combined with each other.

“And yet we continue to set safety limits for only one chemical at a time.

“We actually have no idea about the long-term effects of consuming small amounts of hundreds of different chemicals.

“We choose to play Russian roulette with people’s health.”

Jacky - January 27, 2023
North Carolina moms and dads have actually been jailed and charged for presumably carrying out an exorcism on their four-year-old child who later...

Just how much money should financiers keep back for emergency situations?