Disturbingly, Forbes reports that a whopping 84% of women and 75% of men note that they have had a toxic friend at some point in their lives. It seems we’ve established the criteria for what constitutes a toxic romantic relationship, but how do we recognise these toxic traits in our platonic relationships? We will discuss five traits you should be aware of that may tell you if a friendship is doing you more harm than good. 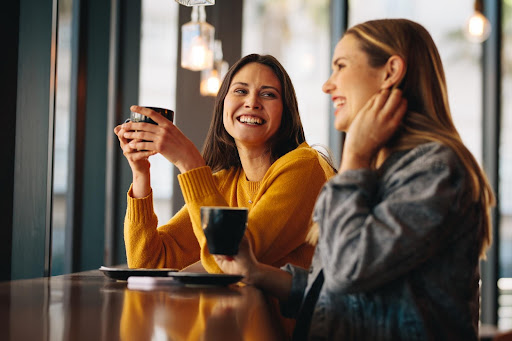 When we talk about regular jabs, we don’t mean keeping on top of your vaccines; we mean the kind of jabs where your confidence is gently eroded by subtle digs or mean comments. Such remarks might relate to your appearance, intelligence – just about anything they can say to make you wince. Even a sustained regime of sarcastic retorts counts as a toxic trait. It is usually reflective of their own insecurities, but there are, of course, no excuses for such behaviour.

Equally, If your friend is big pals with you on a one-to-one basis and then turns when in the company of others, then guess what? That’s not nice and is also a toxic trait.

Ever feel like you give more than you get in a friendship? Or do you leave every interaction with them feeling your energy has been zapped? This is probably an indicator that that person is draining all of your resources and giving little back. And sure, every friendship sometimes thrusts you into the role of therapist, but this kind of support should go both ways. If you’re never the one being listened to, that’s a sure sign that your friend, whether they mean to or not, is taking advantage of your generosity of spirit.

This segways us nicely onto our next point:

Often, toxic friends that practise one-sidedness will also minimise your problems as though they don’t matter because, naturally, they’re not as important as theirs.

It’s one thing to have a refreshingly honest friend who only wants the best for you and will tell you when you’re being irrational or slightly melodramatic, but it’s another thing altogether to have your problems dismissed entirely whenever you have them. Make sure you can distinguish between these two things, as the latter is a toxic trait.

In life, people are either drains or radiators: if your friend rarely has a good thing to say about anyone or anything, it can be very emotionally taxing. Whilst friendships should be an open space to air your grievances, they should also be characterised by warmth, laughter, and joy, and a friend who consistently proves otherwise is quite possibly toxic (and a drain).

We all have moments when we are more sensitive than usual. But if you are invariably afraid to say something wrong around your friend lest they snap at you, you’ll never be able to relax in that friendship or be yourself fully. It won’t be as honest a relationship as it should be, and you won’t be able to challenge this friend when they need to be challenged. Ergo, it could be a toxic friendship.
Must Read: Who Is Anne McLaren

No friendship is perfect, but if you’re suddenly aware of a friendship in your life that carries many of the traits noted in this article, it may be worth distancing yourself from this person. Equally, if you think you might be the guilty party demonstrating some of these toxic traits towards a friend, then kudos for checking yourself. Maybe it’s time to think about how you can adjust your own behaviour in your friendships – doing this will only strengthen your connection with others and make you more self-aware.

Which Perfume Brand is Best?

5 Stylish Pouffes to Jazz up Your Space 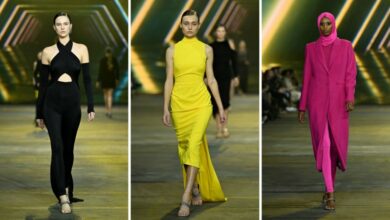